Leisure time in Železná ruda and its vicinity

Starting on 20.7.2007, the main tourist atraction in Železná Ruda is the Šumava´s brew-house Belveder. Guests may enjoy themselves right in the brew-house and taste 5 different kinds of beer, light 11° BELVEDER, half-dark 12° BELGRAD, light 12° ŠVEJK, dark 13° GRADL and honey-light 13° PAŠERÁK.

The beer is brewed with old recipes and it is non-pasteurised and unfiltered. The brewery has followed the tradition of the urban brewery in Železná Ruda, which began brewing beer in 1787 until its production was forcefully terminated in 1962.

See more information about the sale of new flats in Pilsen 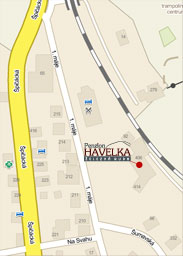